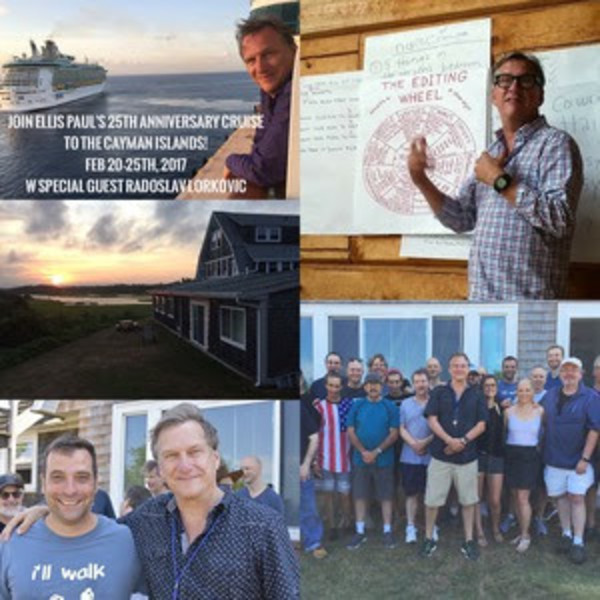 Summer is the season that passes the fastest. Why does winter slog on?

I'm coming off two incredible teaching weeks-- one at the Swannanoa Gathering in North Carolina and secondly my very first Cape Cod songwriters retreat! I'm still charged from the experience! I've always enjoyed teaching, breaking down what I do with my own art and turning it into something tangible that I can verbalize or visualize to a group of people.
Everyone leaving these retreats becomes a deeper artist than when they stepped on campus, including me. Swannanoa was celebrating its 25th anniversary, and luminaries like Tom Paxton, Janis Ian and Kathy Mattea were teaching alongside the rest of the mortals. The instructor concert was the best concert I've ever been a part of! Legends, Grammy winners, sing-alongs! Students were buzzing all week-- I taught performance, two classes to about thirty people.

In my performance class I had the students draw an avatar of themselves. It's a virtual reality version of the person they want singing their songs on stage. We broke down costume from head to toe-- if you're gonna wear what, what kind of hat tells the story of your songs best? Fedora? Beret? Longshoreman cap? What do dark rimmed glasses tell the audience? Cat eye glasses? Cotton vs denim?
What about your color choices? Your watch? A pocket watch with a chain? What did the color black do for Johnny Cash's presentation of his songs? What about shoes? Converse sneakers vs rough work boots vs flats vs stilettos? I have them dress this version of themselves; hair, make-up as well, and then explain to us their choices and show us their avatar when their performance time in class arrives. This is a form of visual branding for the performer. You get an audience to understand your brand and you can simply put a jean shirt on an album cover and they'll know it's a James Taylor cd.

We also talked about posture, mike placement, props, lighting, visualization and the challenge of a good sound check! Everyone performed once in class and often you could see them engage themselves into this avatar concept and their newly minted stage version would arise-- cheek bones would suddenly pop under the lights, they'd grow three inches with a simple posture adjustment, their voices and playing would align with a higher, newer version of themselves. And I would stand back watching this instant evolution and think, "Holy shit! It works!" That was Swannanoa for five days.

My retreat on the Cape was a short walk to the ocean, a clean salty breeze through open windows, and a stunning view from the lodge looking over a marsh and the town of Centerville, MA. We had thirty people or so, some sleeping four to a room, it was a monk-like experience! All of us sweating, writing, communing with late nights circles with red wine and then sleepy gatherings around early morning coffee pots. People of all ages were there-- 19-year-old twins to 75-year-old grandfathers... People who have been on the road for 30 years came as well and loaded the retreat with wise moments and skill sets that left the participants dumbfounded. We did some pretty cool writing exercises on co-writing, details driving the story, trusting the ether to provide the song--this got everyone warmed up at the start of the day.

Everyone left the place with a song fully formed or nearly so. Co-written with some they didn't know three days before. There was a bit of a drunken reverie to whole weekend without the need for copious alcohol consumption. It was a spectacular way to see people open up, form friendships, and meet their tribe one on one. Most human beings have a creative side, but don't have the freedom, the money or the time to live as the artist they wish they were-- and I realized more than anything that a great retreat needs to provide that for everyone. Me included. I work so much as a touring artist that diving into art often gets the least amount of time in my life. While teaching students, students teach the teacher.

I will be doing one next year! Maybe even two! Keep an eye out for upcoming date announcements if your muse is calling for attention.

Some upcoming things! Shows and Cruises!

Next year is my 25th on the road and I am taking Radoslav Lorkovic on keys and cruising to the Grand Cayman Islands and Mexico to celebrate! Come join us! There will be cocktail parties, all-request concerts, and workshops on songwriting/creativity/and guitar!

Sept 11th is the 2nd Annual Tiny Living Room Concert Window Festival! 6:30pm EST with me, Vance Gilbert, Antje Duvekot, and Chris Trapper-- part of the proceeds go to the Iguana Fund to help artists through Club Passim! Should be fun! Tune in! We will all be gathered in one tiny living room!

This weekend I am in Michigan in Traverse City and Ann Arbor, Indianapolis, and Ft Atkinson, WI!
Come out and tell your friends! The New England shows coming soon as well!

See you soon, on the road!